Dropbox for Education helps the North Carolina college sharpen its focus on teaching by enabling staff to work across devices, saving time on IT and administrative tasks. 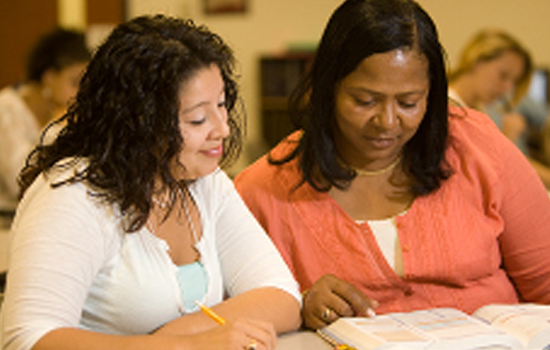 Rapid adoption as staff were already on Dropbox

Improved backup and recovery of files

To prepare its 13,000-plus degree and continuing education students for the future, Cleveland Community College have always embraced the latest technology. The North Carolina college recently received the largest federal grant for tech ever awarded to a community college in the state. Most of the tech-friendly school’s lecturers and staff use multiple devices, including iPads and Surface tablets, to teach at all of the locations where the college offers courses. But working across devices and platforms often made it tricky for lecturers and staff to access and share files. What’s more, the college’s legacy server system required employees to back up files manually, a process that frequently led to accidental file deletions – and headaches for IT. Many employees were already using personal Dropbox accounts to get around these challenges, prompting the college to consider an enterprise file sync and share solution that the entire campus could adopt. After looking at several different vendors, the college decided to go with Dropbox Education. “The bar had been set pretty high in terms of features, such as being able to collaborate, share and access from multiple locations, those types of things” says Athena Smith, the college’s Instructional Development Coordinator. “It was difficult to find something that could even come close to that”.

“From an IT standpoint, if a person loses a file, we have to get involved to restore that file back to its original state. We also have to support a server that’s totally dedicated to backup. Once we move everything to Dropbox, we won’t have to do that. I see that as a tremendous time saving for us.”


Making it easier to teach on campus and off

With Dropbox Education, the school is able to better serve its student community. Lecturers can now show up with their preferred devices at schools and other off-campus class locations, and instantly access the materials they need. “The lecturer won’t have to worry about which device that file is on any longer” says Smith, “because it’ll be on all of their devices. They can access it from anywhere – on campus, off campus, at the beach, wherever they happen to be.” Lecturers are going paperless by sharing folders with students, which in turn is making coursework much easier to assign and collect. And the Dropbox badge is smoothing collaboration for staff working on task forces and other college planning initiatives. The feature lets viewers share files and update to the latest version when someone else makes changes, all within Microsoft Office. “In higher education, there’s always a team of people working on something” says Dr. Shannon Kennedy, Executive Vice President of Instruction and Student Development. “So this is a great benefit when you have multiple people working on the same document”. Howard Roberts, the college’s Chief Information Officer, says that Dropbox Education also provides the security features the college requires. The service integrates with the college’s single sign-on provider SecureAuth, which means lecturers and staff can sign in to Dropbox with their college-provisioned credentials. “No one else other than the intended person is able to get access to a document from a security standpoint” he says.

“Staff members won’t have to worry about which device that file is on any longer, because it’ll be on all of their devices. They can access it from anywhere – on campus, off campus, at the beach, wherever they happen to be.”

Saving time for IT and teachers

Dropbox Education will reduce the hours that IT personnel spend dealing with issues related to the sharing and backup of files, the college says. Lecturers and staff will soon be backing up all files on Dropbox Education rather than the college’s legacy server, a move that will make it easier to recover files when someone accidentally deletes them or leaves the college. “I see that as a tremendous time saving for us” says Roberts. Bottom line? Educators are able to spend more time teaching and less time dealing with administrative tasks. “I know one lecturer who got the students to create a folder and share it with them” Smith says. “They could actually walk around the classroom and look in that student’s folder and say ‘Oh yes, I've got your homework’ and tick that off as they walked around the classroom.”