The restaurant delivery dynamo caters to a growing number of patrons – and cuisine providers – using Dropbox Business to manage all of the menus, photos and information it needs to keep its site and service running and growing. 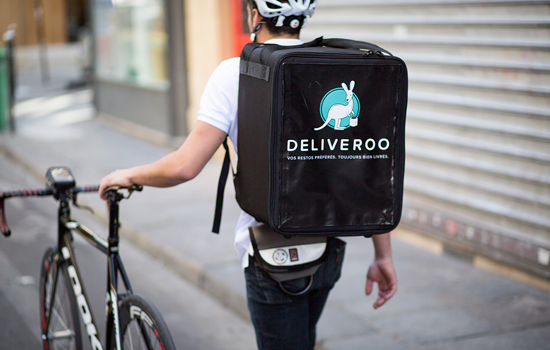 A growing hunger for centralised storage

When Deliveroo launched in Melbourne and Sydney, it had just 20 restaurants on its roster of options. Thanks to its popularity among eateries and consumers alike, it quickly exploded to 1,000 restaurants, adding Brisbane to its serviceable territory. Initially, managing menus, photos and documents for each restaurant – along with marketing materials and other information for the sales team – was fairly simple. But the company’s rapid expansion made it increasingly difficult to keep track of files, as they were stored everywhere from desktops to email inboxes to cloud servers. Deliveroo needed a centralised location for all of its assets, and after exploring a number of file storage and sharing options, it ultimately chose Dropbox Business. According to Levi Aron, the Country Manager for Australia: “We looked at other platforms, but found that Dropbox Business offered employees the best level of ease and system familiarity – while letting us manage files in a very controlled, organised fashion, which was important. Dropbox stood out to us more than any of the other solutions.”

“We looked at other platforms, but found that Dropbox Business offered employees the best level of ease and system familiarity – while letting us manage files in a very controlled, organised fashion.”

The move to Dropbox Business has not only provided Deliveroo with a centralised file repository, it has also allowed the company to categorise all of its content for simpler information retrieval. In addition, Deliveroo has integrated Dropbox Business with Salesforce – so all restaurant client data is linked together. As Aron explains: “Dropbox Business works directly with our CRM, so we can look at a restaurant, and if we want to find a particular asset, there’s a link right there in Salesforce that takes us directly to the appropriate Dropbox folder. It synchronises perfectly and makes information so accessible.” The ability to quickly access information has been key for company sales representatives as they work remotely – selling new restaurants on the idea of Deliveroo and collecting menus, photographs and other assets for the website. “Dropbox Business is really agile” says Aron. “We can be sitting in a restaurant and pull up brochures or flyers on our mobile devices, instantly. We’ve also been using Dropbox to display and share videos, which people seem to really enjoy.” No matter what types of files are shared within or outside of the organisation, Deliveroo knows it doesn’t have to worry about the security of its content. “We have different restrictions on different folders, so there are no issues with information getting leaked to the wrong people” adds Aron. “We can easily share folders with PR and social agencies, and let external partners drop assets into folders like an FTP site.”

“Because Dropbox Business works directly with our CRM, we can look at a restaurant and, if we want to find a particular asset, there’s a link right there in Salesforce that takes us directly to the appropriate Dropbox folder. It synchronises perfectly and makes information so accessible.”

Deliveroo’s experience with Dropbox Business in Australia has been so successful, it has served as a sort of model for the company’s operations in 11 other countries. “We pass the learnings we get in Australia back up the chain” says Aron. “That way we can all continuously improve the way we use Dropbox Business.” With increased mobility, instant file access, tighter security and improved organisation of information, Deliveroo is able to work faster and more effectively – even as it continues to grow. Aron sums it up, saying: “Being a company in tech, we’re always looking for innovative ways to do things better and more efficiently. Dropbox Business seems to understand that, and offers us great support.”