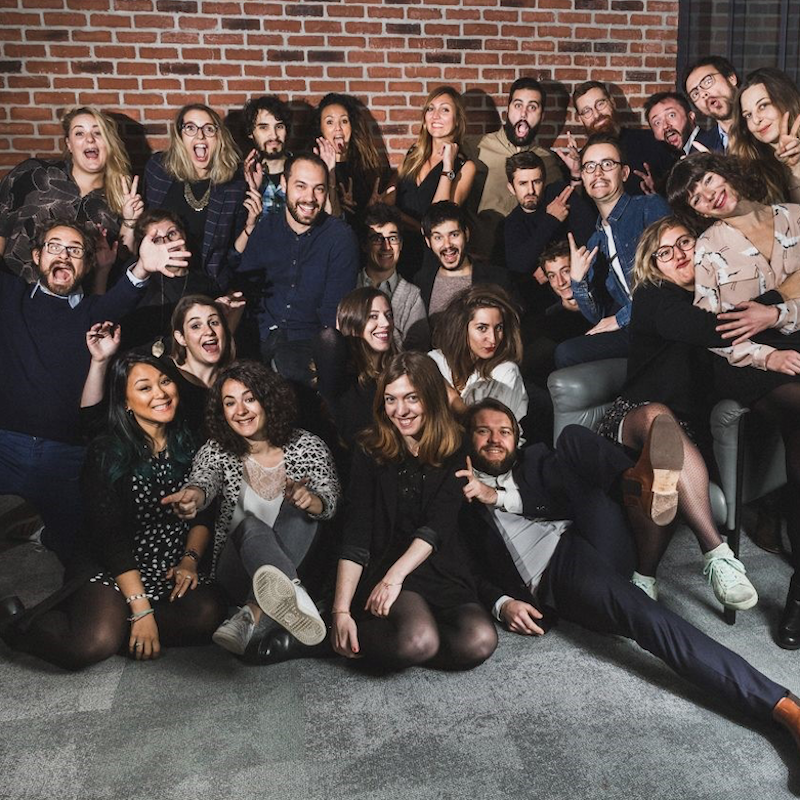 The story between Dropbox and digital communications Agency Castor & Pollux is like one of a childhood friendship. Dropbox was founded in 2007, Castor & Pollux in 2010; and from day one, with no clients, no revenue, no money—but lots of passion—the Paris-based creative agency used Dropbox to help them grow.

Castor & Pollux not only delights in their own innovation and growth, but Dropbox's as well. “Every time you (Dropbox) launch an innovation, we try it!” commented Stéphane Clousier, a co-founder of Castor & Pollux.

So, when Dropbox recently launched Dropbox Paper, Castor & Pollux had to try it, and began using it even before it was out of beta phase. Straight away the benefits were clear. “It’s so simple and easy to use.  We had tried other collaboration tools but didn’t find an alternative that allowed us to work with so many different types of content; like videos, spreadsheets, links and photos, all in one document,” Stéphane said.

With more and more businesses looking to go ‘paper-free’ Castor & Pollux found using Dropbox Paper was the solution to achieving that ambition. Stéphane commented: “The office used to be really messy but finally there’s an end to the paperwork mountain and we’re managing to clear up and file the old physical paper. As a result, we’ve reduced the load and improved workflows.”

As a digital agency, Castor & Pollux understands the competitive and fast-paced nature of the industry they work in.

So once out of beta phase, Castor & Pollux integrated Dropbox Paper into its internal and external work processes. “At the beginning of every project, we use Dropbox Paper. From the start, we need to bring together a team of copywriters, art directors, project managers, motion designers and ensure they can all work together seamlessly. Dropbox Paper is an effective way of doing this because each member of the team can have a holistic view of the project whenever they want, from any device,” explained Julien.

This goes for the freelancing talent Castor & Pollux enlists too. Stéphane went on to say: “We call on certain external people for specific skillsets and the advantage of Dropbox is the ability to share the relevant folder directly with the external party, without having to copy the files.”

The team at Castor & Pollux has seen such positive results in using Dropbox Paper to improve workflow efficiency, they often encourage clients to use it too.

“When we tell clients we are using Dropbox Paper, often it’s a new concept to them.  But as soon as they begin using it, they too realise it’s one of the only tools available where you can share all types of content in a single place. Everyone involved is more efficient using Dropbox Paper because we need fewer meetings and can focus more time on the actual project!” —Stéphane Clousier, Co-founder, Castor & Pollux