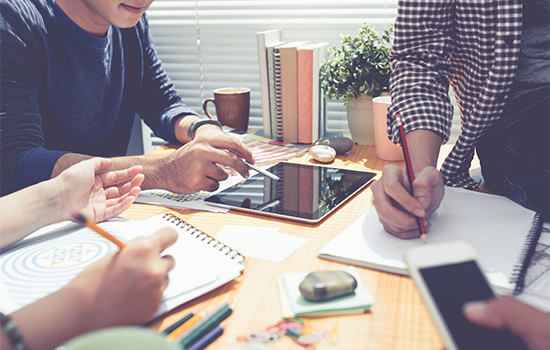 Increased productivity on the road

As a real estate company, Monarch Investment Group lays out the welcome mat, priding itself on being hands-on in the way it manages its portfolio for investors and maintains its buildings for renters. That’s why Monarch was surprised when it realised its internal workflows weren’t always welcoming to collaboration amongst its nearly 1,000 employees overseeing properties across 15 US states. Asset managers were frequently on the road, yet couldn’t access key documents such as floor plans, legal contracts and refinancing agreements from Monarch’s internal server, says Curtis Pottle, Analyst. “We would have to email files to asset managers, which was often followed by emails back to us asking where the file was” Pottle says. Email inboxes became so disorganised that many employees resorted to carrying thick binders containing the documents they needed. Monarch also wanted better control of sensitive information, especially when employees left the company. “We needed peace of mind that they weren’t going away with a load of Social Security numbers” says Pottle. After reviewing several solutions, Monarch chose Dropbox Business, as it concluded the service would offer the best security and user adoption. “The platform is so user friendly that we didn’t feel intimidated by it” Analyst Greg Hidlay says.

“Dropbox Business makes everyone’s lives easier. Asset managers can focus more on the properties instead of looking for documents. And I don’t have to send as many emails, which saves a lot of time.”

With Dropbox Business, Monarch organises all property files, such as operating agreements and building specifications, in shared folders. Dropbox helps asset managers save time when evaluating a sale or refinance, as they can now pull up these Excel spreadsheets and PDFs wherever they are on their phones. Now that everything is in a consistent folder hierarchy organised by client name and content type, asset managers no longer have to email headquarters to get the information they need. “Now they can easily find their files, send a link right from the mobile app and be done with it” Pottle says. The solution saves Monarch time by letting admins manage permissions for groups of employees, rather than for one employee at a time. “The Groups feature is incredibly effective and efficient” Hidlay says. “When somebody changes teams, you just move them to the new group and their folder access will change automatically”. Permissions are further customised by edit and view-only capabilities, ensuring that only the right people can make changes to documents. Monarch doesn’t fret about what happens to files when employees leave, thanks to features such as account transfer and remote wipe. “It’s incredibly easy to transfer a departing employee’s files to their replacement and make sure they don’t have access from other devices” Pottle says.

“We were already using Dropbox personal accounts, but the security gains from moving to Dropbox Business have been priceless.”

Monarch says Dropbox is helping asset managers to be more productive on the road, whilst providing the company with tighter security. “It makes everyone’s lives easier” Pottle says. “Asset managers can focus more on the properties instead of looking for documents.” Extended version history has also been a lifesaver. “We’ve had a number of situations where important documents have been deleted” Hidlay says, “and with three clicks we can restore everything. It lets us sleep better at night.” Overall, people are working more efficiently, says Pottle. “Dropbox use here has magically evolved” he says. “People adopted it naturally and recommended it to colleagues. No one forced it on them, and that’s the best way to increase productivity.”