The Festival uses Dropbox Business to streamline the process of selecting the year’s finest work in independent cinema and putting on one of the most celebrated film festivals in the world. 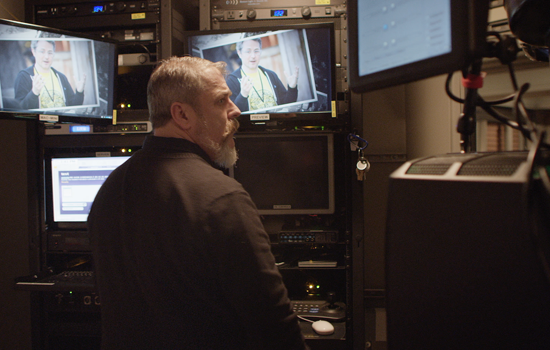 Shifting from DVD to digital

Quentin Tarantino, Steven Soderbergh, and Darren Aronofsky are just a few of the dozens of now famous directors who got their big breaks at the Sundance Film Festival. Run by the Robert Redford-founded Sundance Institute, the Sundance Film Festival has a process of discovering emerging talent that is itself movie-worthy. Before 50,000 film buffs converge on Park City, Utah, every year in January, Festival programmers must winnow 12,600 submissions to 200 award winners in just a few months. Technology hasn’t always been a hero in this story. Programmers would send Excel spreadsheets containing updates on film entries as email attachments, sometimes leading to confusion over what was the latest version. The Festival’s programmers shipped films back and forth on DVDs and thumb drives—neither of which were secure ways to share never-before-released films. “We didn’t know whether programmers got the right films on time, or if they were delivered to the wrong place,” says Adam Montgomery, Senior Manager of Programming. Festival programmers began using their personal Dropbox accounts to get work done, making the move to Dropbox Business an easy solution for the Festival. “Now that we have a tool that users know and love, we can start changing the way people work,” says Justin Simmons, IT Director.

“I’m dealing with thousands of files that are two to four gigabytes. Dropbox Business has enabled us to push that data quickly, efficiently, and reliably. And I’m honestly not quite sure how we did it before.”


Writing a new script for collaboration

Today, Festival programmers collaborate using Dropbox shared folders. The service makes it easier for screeners to get through the 25 movies they must watch every week, as an integration automatically loads each video shared through Dropbox onto the Vimeo video player. Keeping Excel files containing screening status in shared folders allows multiple users to edit them and add feedback, ensuring that everyone is working off the latest version. “I always know that the information on those documents is going to be updated in real time,” Montgomery says. With the video preview feature, programmers can quickly confirm they’ve received the correct file before they start downloading a film. Once a film is selected as a finalist, the programming and exhibition teams can easily collect clips from directors to screen at the Festival. “We’ll reach out to filmmakers or panelists through Dropbox file requests, and they’ll drop the edited version into the right folder,” says Holden Payne, Technical Director of Exhibition and Production. During the Festival, sharing Dropbox links to media kits and other assets spares time-strapped staff from having to email files to individual journalists. Keeping data secure is a priority, as the Festival is dealing with work that must remain under wraps before the premiere, says Montgomery. Using Dropbox, Festival staff are able to grant folder access to only intended programmers. “It’s very easy to change permissions or reset them whenever you need to,” Montgomery says.

“Having a collaborative tool like Dropbox Business allows us to focus on putting on a tight, amazingly run show.”

Focusing on the films

The solution has enabled Festival staff to spend more time on premiering original cinema, like eventual Oscar-winning films Boyhood and Whiplash, and less time on handling logistics. “I’m dealing with thousands of files that are two to four gigabytes,” Montgomery says. “Dropbox Business has enabled us to push that data quickly, efficiently, and reliably. And I’m honestly not sure how we did it before.” The Festival’s network of external collaborators, which includes some 12,000 filmmakers, is already familiar with the solution—a huge advantage when working with so many different people. “Very rarely does somebody bring up a service other than Dropbox,” Montgomery says. “It’s the defacto way in the community of sharing data.” With increased productivity, ”we can just focus on putting together the best program of independent films that we possibly can,” Montgomery says.

Get your team in sync